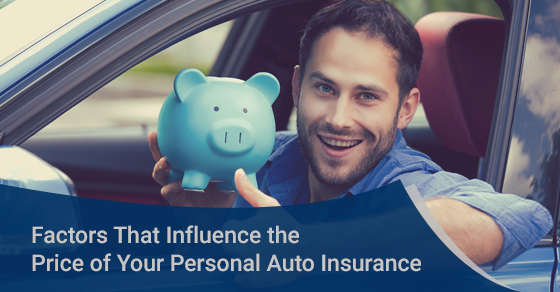 Factors That Influence the Price of Your Personal Auto Insurance

For the fifth time in a row, auto insurance rates increased by an average of 3.35% in Ontario in the fourth quarter of 2018. The changes were approved by the Financial Services Commission of Ontario (FSCO), which publishes rate changes in each quarter. As a result, many drivers in Ontario were required to pay higher rates during renewal, by 1.65% to 34.87%, depending on the insurer you’re using, and the specified rate change for that insurer.

Technology and Distracted Driving to Blame

Another factor that influences how much you pay for your auto insurance is the place where you live. While the FSCO hopes to review this aspect in future, there are some Toronto-area MPPs who had introduced bills in late 2018 to: one, eliminate auto insurance pricing based on place of residence; and, two, to group the GTA, York, Peel, Halton, and Durham as a single geographic area when determining the rates.

Factors That Influence Your Auto Insurance

The type of car you want to insure has a significant effect on your insurance rate in Ontario. Generally, high-tech brands and sports car will be more costly to insure due to the high cost of repairs, spares, or replacement in the event of a major breakdown, collision, or theft. Similarly, poorly maintained vehicles that are considered a hazard to other road-users may be expensive to insure due to the increased risk. At the same, classic vehicles may be cheaper to insure because they’re rarely on the road, and their owners are known to take good care of them.

Other car-related factors that may influence your insurance rates include:

If you’re considered to be at risk of distracted driving and other acts of negligence, then your premium will be higher. Your age, driving record, and habits will affect your insurance rate. Generally, insurance premium drops when a driver turns 25 and continues to decrease the longer you’re licensed to drive.

That said, insurance is largely rated on an individual basis depending on your:

Your place of residence also affects how much you pay for insurance. For instance, drivers who live in low-security areas with frequent cases of car theft and break-ins are likely to pay more, because insurance companies assume that your car will likely be targeted. Generally, insurance companies use reports on loss ratios provided for each postal code to determine the rates they will charge you.

The place you live also affects your auto insurance premiums in other ways, including:

Auto insurance premiums are one of the major costs of owning a vehicle, so it’s important to take the necessary measures to lower your personal auto insurance rates in Oshawa whenever possible. You can also enjoy additional discounts if you purchase other types of insurance, like homeowner’s insurance, medical insurance, and so on as a bundle.

To learn more about the factors that influence your auto insurance, call WB White at (905) 576-6400 or contact us here.